Love is in the Air

A Labour of Love

Love is in the air, was part of The Change of Air campaign for Kerala Tourism, that
helped clear the air about how the place is still a perfect getaway despite the restrictions
posed by the pandemic.

With Love is in the Air, we went a step ahead and gave a delightful and inviting tone to the air. Timed to release right before the honeymoon season on Valentines Day, the film captured a story of romance set in the idyllic landscapes of Kerala, crowded only by the extravagance of nature.

While working on the film it was important to address the traveler’s concerns and put them to rest, by featuring how the place lends itself to people being truly one with the expanse of nature that has enough space for everyone to roam freely.

The print advertisements for the campaign, featured couples enjoying a romantic retreat at breathtaking locations in God’s Own Country. 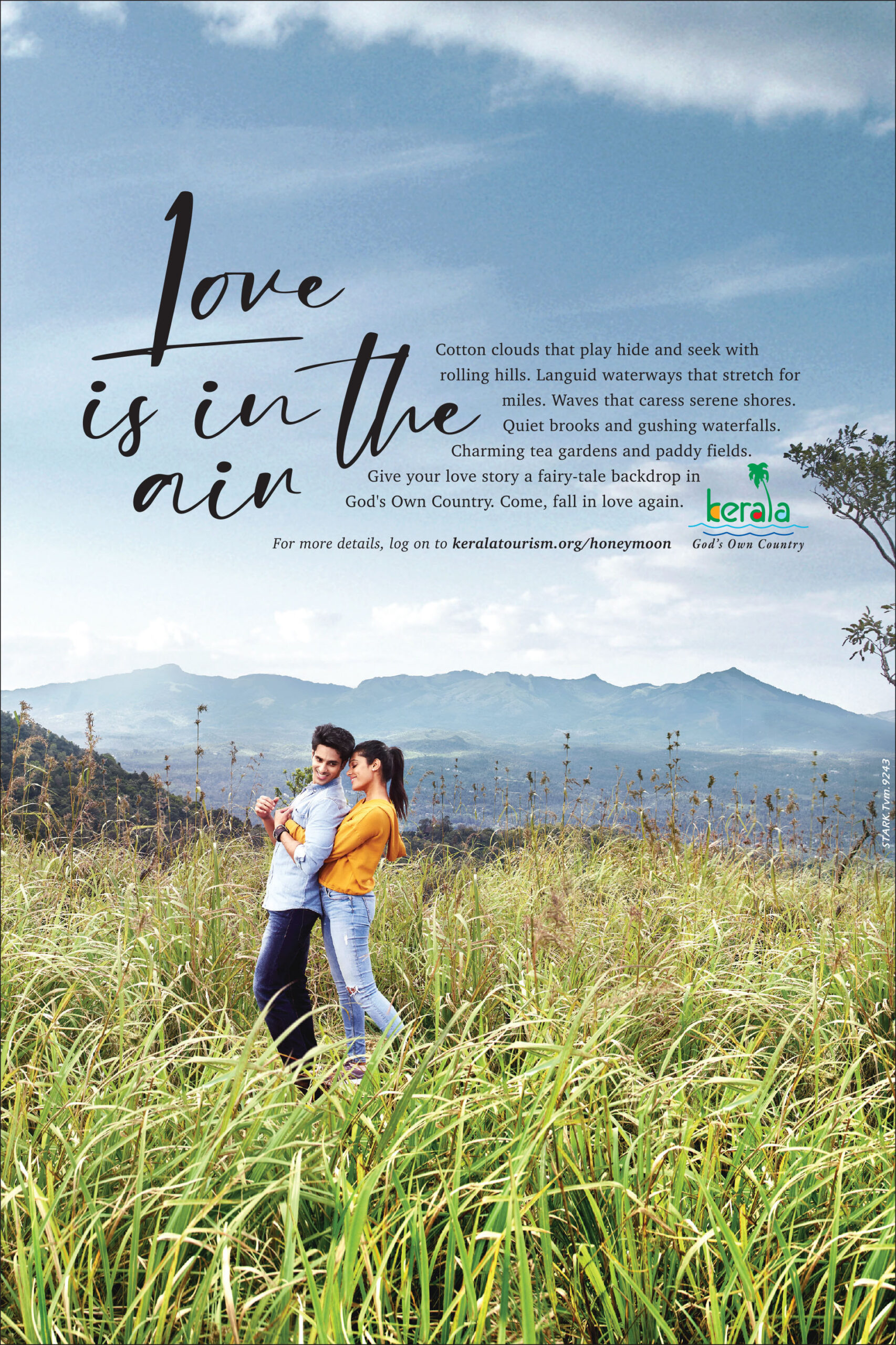 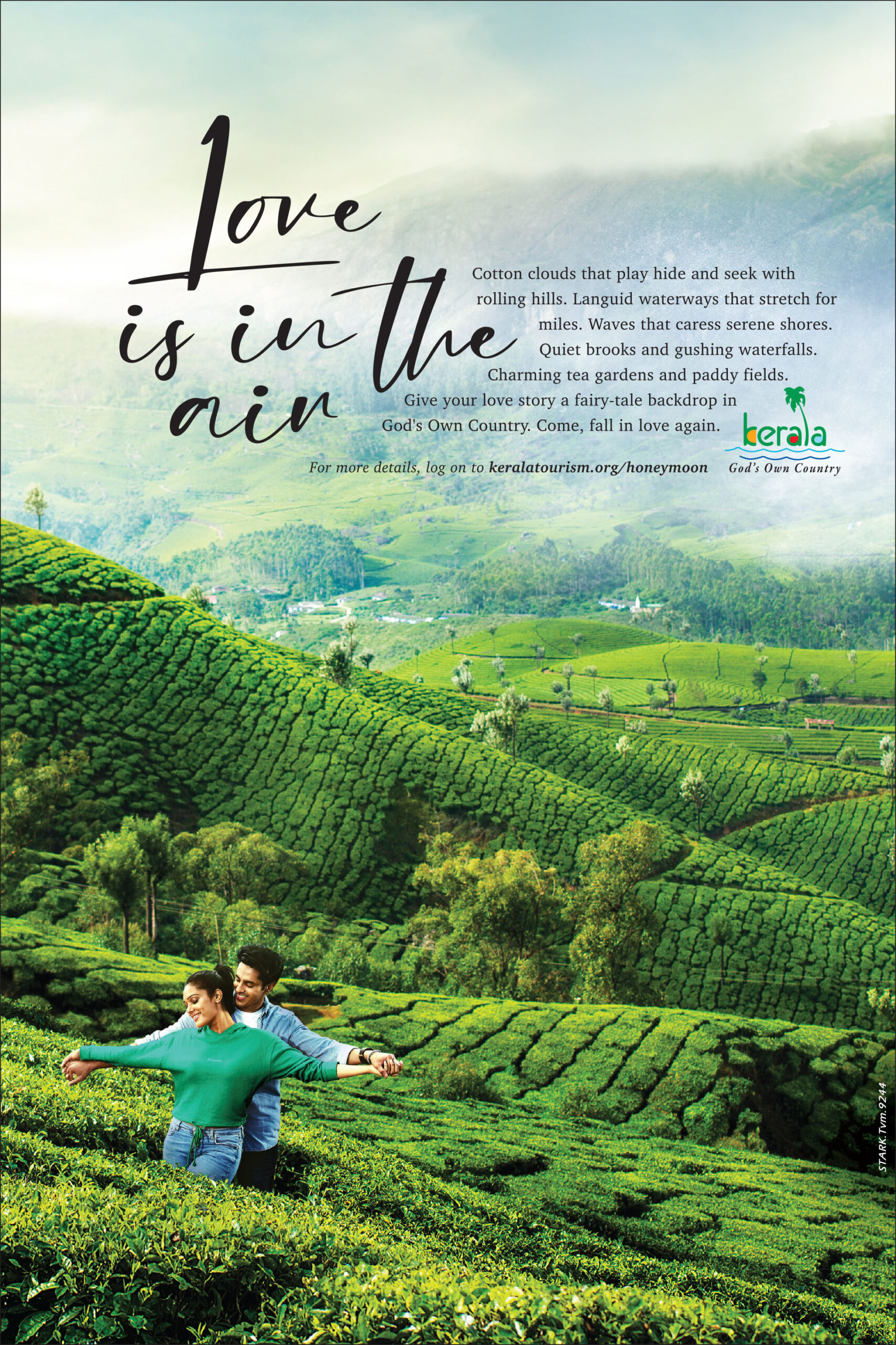